A Splash of Colour

I began my text editing journey, as many do I am sure, with Notepad.exe. When I made the transition to OS X I began searching for an editor to replace it. The then-free Smultron was that editor initially. Since then I have used many editors, from the wonderful TextMate to the cheap-and-cheerful GNU nano. I even tried vim and, of course, Emacs.

In the endless search for the text editor I enjoy using most I always find myself returning to Emacs. There are a few important reasons for this, not least its configurability. Don’t take this as a dig against vim or TextMate. Both are powerful editors and very configurable. TextMate macros can be written in a variety of languages and, by default, it supports many Emacs-style keyboard bindings. 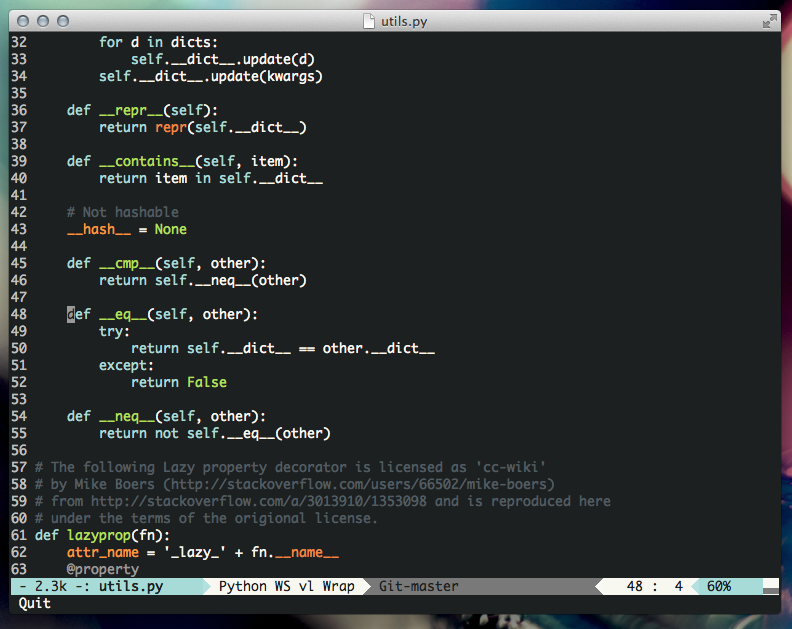 The king of text editing?

Configurability is an important factor for an editor. There are a lot of people on the planet who need to edit plain text files. While there is also a multitude of text editors the two don’t yet quite balance each other out. This imbalance is why programs like vim and Emacs always seem to win out again and again. A truly configurable and programmable editor allows someone to pick the one that most closely matches their desires, and fill in the remaining distance themselves.

Each different editor has a different set of features, from multiple cursors to advanced find-and-replace and powerful macro systems. The one thing that they all have in common is syntax highlighting. The text that these programs render has to be clear, readable, and pretty enough for you to stare at it for hours on end.

During my time tweaking my Emacs config, watching videos, and getting completely stuck I came across a neat collection of themes. The themes were in an older Emacs theme format though. Seen as this is the future and everything is open source I forked it, updated the themes to the new format and submitted a pull-request. I even got a bit carried away in the process and created a new theme of my own. 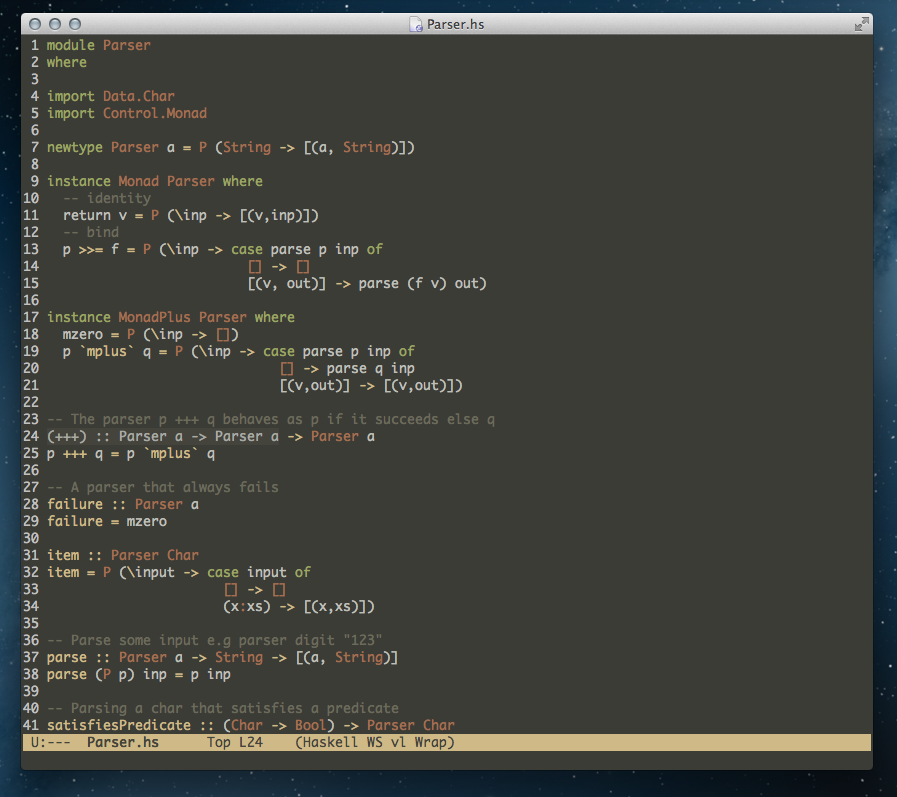 The results of my labours

Emacs is is by no means the easiest editor to pick up. It took me several applications of concerted effort to start to understand it. I am not going to pretend that I understand all of Emacs, I doubt anyone does, but over the years I have become more accustomed to it. It too has become more accustomed to me. I have my editor set up just as I want it, for now. When that changes I’m sure emacs will change with me.